Getting to the root of it! 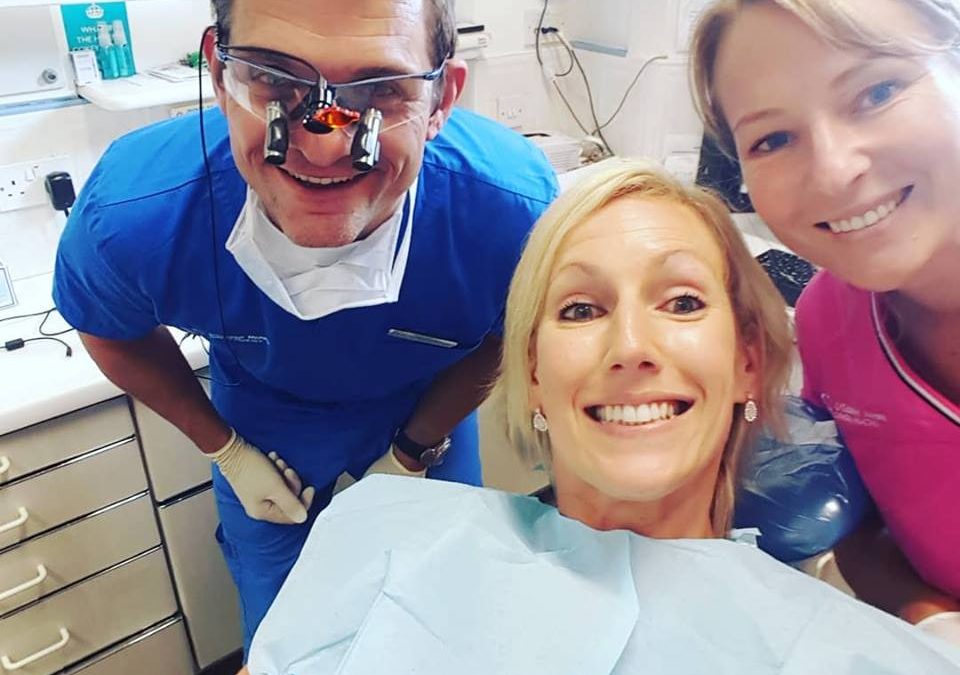 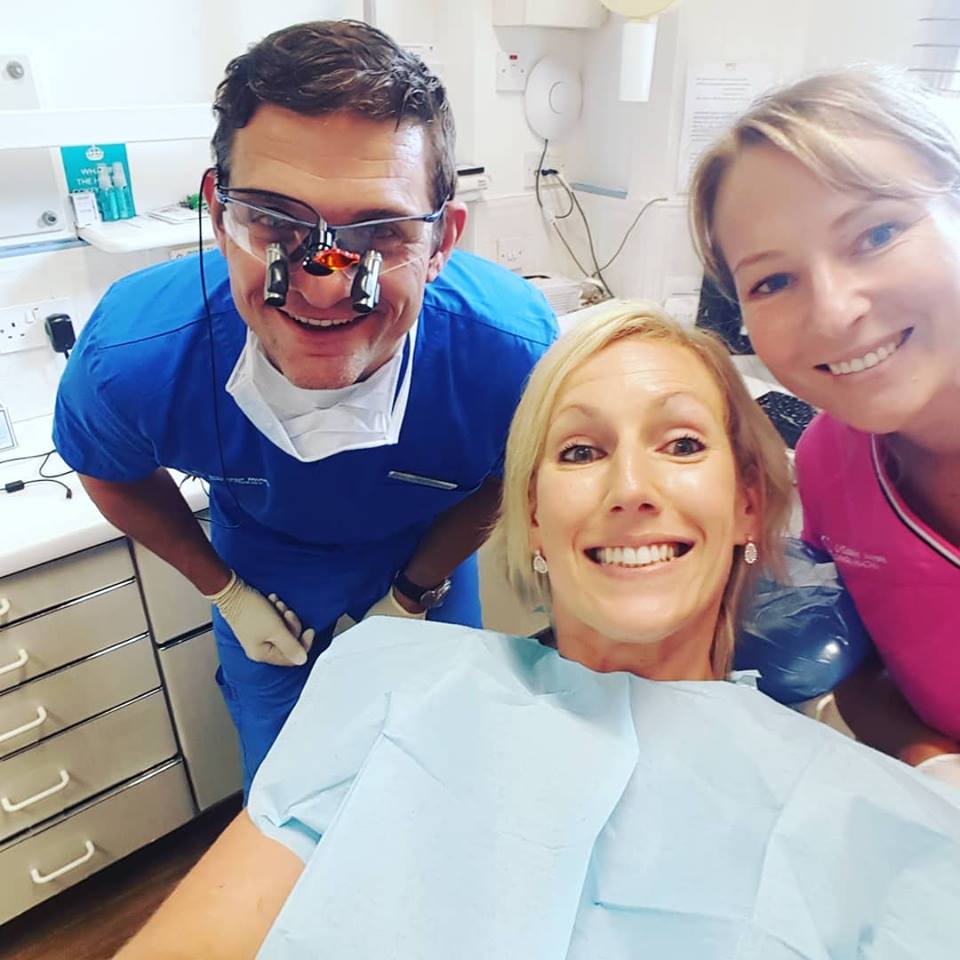 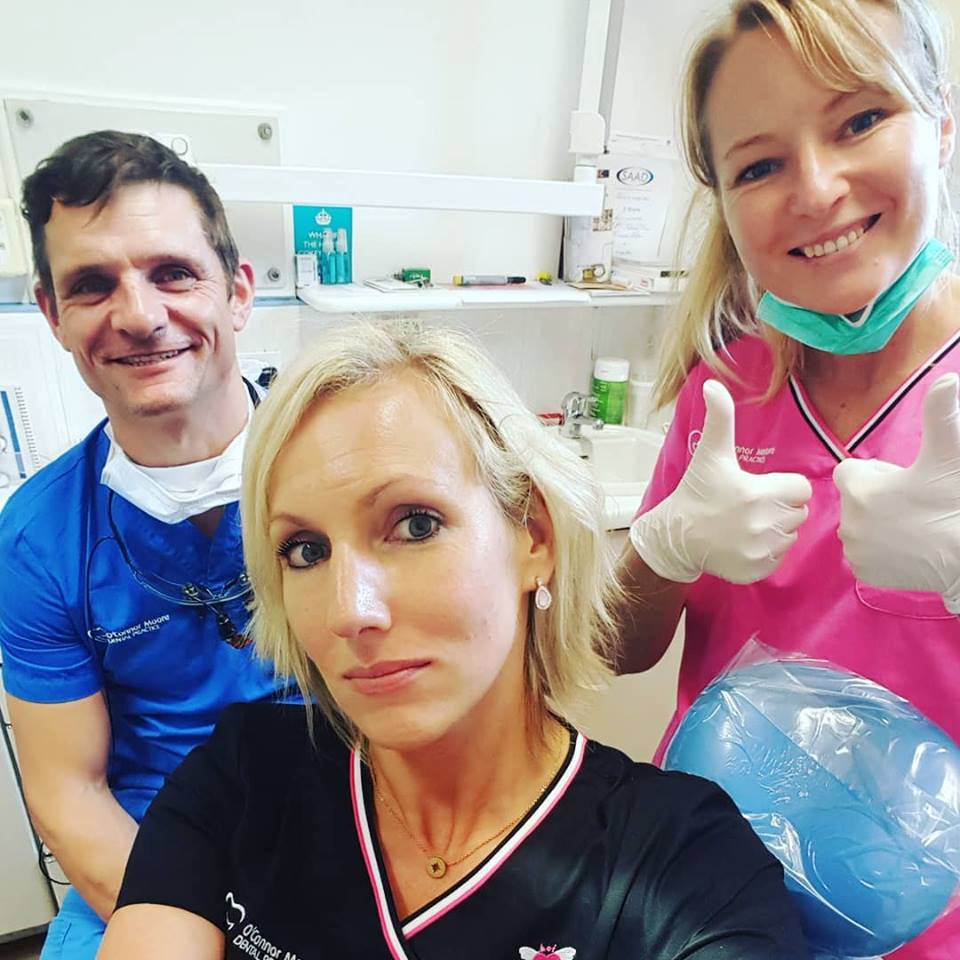 Hi, I’m Helen and I consider myself to be a strong, independent, modern woman, who isn’t afraid of hard work, so why is it then, that the very mention of a trip to the dentist sends shivers down my spine.

Ok, so for most of my life I have been a self confessed dentist dodger, sorry correction, for ALL  my life I have avoided the dentist at all cost. Attending the dentist has always been for me, a last resort, generally after a sleepless night with a banging tooth ache. Every dentists dreaded patient!

But what could be more painful than having a baby, oh maybe that one time I got a filling & then got it removed the following day, minus an anaesthetic on both occasions, but that’s a whole different kettle of fish.

So to give you a little background on how I found myself in this position. I had some pain in my gum for a while, but took ibuprofen to manage the pain. One day in the office I casually asked Dr. Patrick O’Connor,  if someone had an abscess, would it go away on its own accord or would it need to be treated?. Straight away he hopped off his seat and  told me to pop down to his consultation room & that he would have a look at it. OH GREAT!!! Something I’ve never done in the past was now becoming a reality, my boss was about to look inside my mouth. I causally wiped a bead of sweat from my brow & followed him to his surgery.

After a quick examination and an x-ray, it became apparent that I did indeed have quite a large abscess which was bulging through my gum and  needed to be treated with antibiotics and pain killers, followed by Root Canal Treatment and a Crown, after the infection had been treated.

Ok, it was a lot to take in, but my appointment wasn’t scheduled for a couple of weeks, so I had loads of time to get my head around it, right? Wrong, the two weeks flew and before I knew it, I found myself on my other bosses examination chair, prepped for treatment, with the apprehension of someone who was about to have a baby. Thankfully the only thing Dr. Steven Moore delivered that day was exceptional dental treatment and knowledge.

I had been warned to eat before the anaesthetic, to avoid fainting, that was not an option, so I headed straight for the kitchen, gobbled down the only thing I could get my hands on, which so happened to be some delicious homemade chocolate cake, I know it’s ironic, but needs must.

Meanwhile, back on the examination chair, Dr. Steven began my treatment by numbing the area on which he was going to be working. This quickly took effect. Next up, the Isolite, for anyone who is not familiar with this system, which I wasn’t, it’s a tube that is inserted in to the mouth, which allows the dentist to work while preventing the build up of saliva. My first thought was will I be able to swallow, but actually it didn’t cause me any bother or discomfort.

Then Dr. Steven did his thing and I can honestly say I have never had dental treatment that was as painless and gentle as this session. The procedure lasted roughly an hour and I was lucky enough not to have any side effects or pain afterwards.  I have often heard people say “I could have hugged that person” well I actually did, I hugged Dr. Steven and the wonderful Ewa that was assisting in the surgery.

Now that was Part 1 of my treatment, and I’m off to sunny Portugal for some much needed Vitamin D & maybe even a glass of bubbly, it would be wrong not to raise a toast to O’Connor Moore Dental, after all I’m lucky enough to work in this fabulous practice and I’m still beaming after my treatment.

Please fill out the form below and we will call you back.
Name required!
Email required!
Phone required!
Message required!

This website uses cookies to improve your experience while you navigate through the website. Out of these cookies, the cookies that are categorized as necessary are stored on your browser as they are essential for the working of basic functionalities of the website. We also use third-party cookies that help us analyze and understand how you use this website. These cookies will be stored in your browser only with your consent. You also have the option to opt-out of these cookies. But opting out of some of these cookies may have an effect on your browsing experience.
Necessary Always Enabled
Necessary cookies are absolutely essential for the website to function properly. This category only includes cookies that ensures basic functionalities and security features of the website. These cookies do not store any personal information.
Non-necessary
Any cookies that may not be particularly necessary for the website to function and is used specifically to collect user personal data via analytics, ads, other embedded contents are termed as non-necessary cookies. It is mandatory to procure user consent prior to running these cookies on your website.
SAVE & ACCEPT